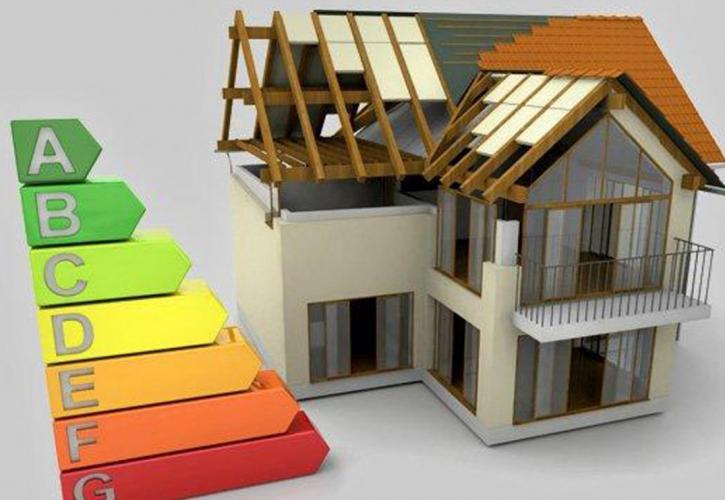 The “New Save” , the ambitious program of RIS which will energy upgrade more than 50,000 homes contributing to the achievement of the goals of ESEK and the fight against energy poverty is another opportunity to stimulate the market following the successful example of the previous programs.

However, despite the improvements contained in many places in the new, sophisticated “Save”, market participants claim that the Program Guide, which has been put up for public consultation until Friday, September 17, “contains provisions that unnecessarily exclude specific industries and businesses while depriving consumers of the option to considered to be more energy efficient “.

According to market sources, the provision for eligible frames “shows” only aluminum frames and excludes wood and PVC. As they explain, “the guide states that the frames whose visible sides of the cross-sections are classified up to the burn-in class C S3 d0 according to the standard ELOT EN 13501-1 are eligible, but in this way, the program includes exclusively only specific aluminum frames, the visible sides of which are classified up to class C, thus automatically excluding pvc frames and wooden frames, which, although classified in a higher energy class, have no visible sides classified as this class of incombustibility “.

In addition, as they claim, the controversial proposal of the new driver (which did not exist in previous programs where the wooden frames and PVC participated normally), does not offer any substantial protection against fire, since the selectable frames on their “visible side” but also inside them (seals, thermal breaks and etc.) include Class E materials such as e.g. (polyamides, special pieces of polyethylene, polyurethane foam, etc.)

“Consequently, this forecast is inappropriate, technically incomplete and irrelevant to energy upgrade issues, because the non-combustibility of the visible sides of a window has nothing to do as it increases neither its incombustibility nor its energy efficiency. On the contrary, high-energy products that are legally marketed are excluded. In other European countries that have much more experience in similar savings programs (do not forget that Greece started late and has a long way to go in terms of energy savings) not only is the use of pvc or wood frames not excluded but they encourage it as a high energy efficiency . If they are eventually excluded from the Greek program, with a device that allows only aluminum frames, this will be a flagrant violation of the fundamental principles of equal treatment, transparency and the development of free competition imposed by the primary Union Law. In this way, both the final consumer and the Greek State and the EU suffer financially, because in many cases the frames that are excluded by this provision, although they are in the same or higher energy class with the eligible ones, are “much cheaper than the eligible ones”, while it puts in immediate danger the financing of the program from the EU “, notes a market player speaking to Insider.gr. In fact, according to his information Insider.gr, Already three well-known European industry groups are preparing to intervene in the Commission .

But the market expresses reservations about the method of payment. According to the guide, “the costs of the interventions will be reimbursed by the Beneficiary, but in this way, as another source notes,” there is a problem with the repayment of the workshops as the money is deposited to the beneficiary and not to the contractor after completion. “This will cause huge problems for companies, holding them hostage with threatened time-consuming delays while the work has been completed successfully.”

Another issue pointed out by industry professionals is that recently market data have changed (revaluations) which should perhaps prompt program managers to take into account increases in material prices of up to 30% to the eligible expenditure ceilings. At the same time, they express the fear that “tthe limit of 180 euros / m2 for the completion of work in the effort to upgrade by 3 categories, may force engineers to reduce the quality of materials and work, as well as the size of the interventions they choose, at the expense of energy savings, while reducing the number of interventions due to reduced limit “, as characteristics state.

It is noted that the specific program, which will be launched shortly, is the evolution of the successful “Save-Autonomy” and in fact in many places RIS has introduced significant innovations for the benefit of consumers. Two important features of the program are that the integration in order of priority that was valid in the previous program is abolished, as objective criteria for the evaluation of applications are established. Second, a separate budget is created for vulnerable households, with income criteria (less than 5,000 euros individual income and less than 10,000 family income).

This may be a good place to introduce yourself and your site or include some credits.

If you still have problems, please let us know, by sending an email to support@website.com . Thank you!